I'd never even heard of NCTE or ALAN before I became active on Twitter last year.

What's that?  You don't know what NCTE or ALAN is either?

I began to make plans to attend ALAN back in June after hearing so many of my friends on Twitter singing the praises of this amazing annual event.  NCTE sounded wonderful too, but I knew that I could only swing the travel, hotel, and convention fees for ALAN.  My husband wanted to come along so we decided we would also visit the NCTE exhibit hall some during our weekend in Vegas before ALAN.

We arrived Friday afternoon and hung out at the airport an extra hour waiting for our luggage to arrive.  After settling into our hotel room, we went over to the exhibit hall at the MGM Grand.  Talk about overwhelming!  There were exhibitors and booths as far as the eye could see...  We meandered through several rows and I was able to meet YA author, Ellen Hopkins.  (I may have gushed quite a bit about how my students really love her gritty verse novels, but she was quite gracious.) 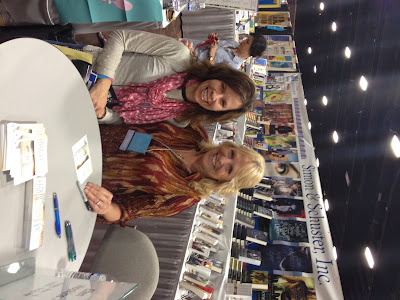 Dinner at Wolfgang Puck's did not disappoint, which is a good thing since over the next several days I ate 2 more meals there!
Friday night was the EPIC Nerdy Book Club party.  I was nervous to meet so many of my Twitter friends in person, but we all immediately began to talk about what we always talk about on Twitter:  authors, books, and school.  Friendships blossomed in person!
Saturday was a flurry of visiting the exhibit hall (& trying to be a bit more organized about where to go/who to see).  It was super exciting to be able to meet and talk to so many different authors and publishers.

The exhibit hall was overwhelming and exhausting with so many people!  An afternoon walking the strip and checking out the sights was a perfect way to spend the rest of the day and enjoy the gorgeous weather. 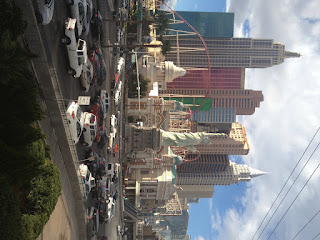 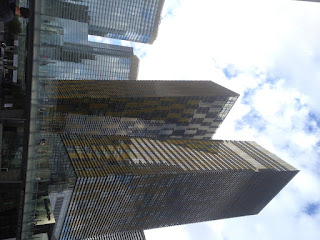 Sunday highlights:  Another quick trip to the exhibit hall where I met Geoff Herbach! 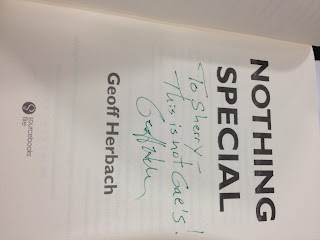 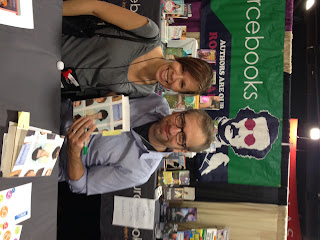 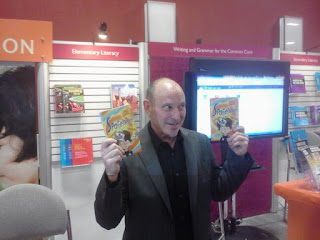 My husband enjoyed meeting Jon Scieszka...several times.  He talked to him about Spaceheadz & then we went to the booth to have him sign Knuckleheads.  My husband has many similar experiences as the youngest of 6 boys, so the two compared family stories. 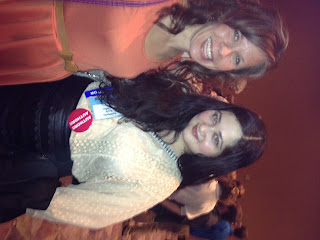 Sunday evening was the ALAN cocktail reception!  (Awesome pic of Nerdy Book Club attenders here!) We traveled in small nerdy book club packs and sought to meet and talk to authors.  The author I most enjoyed meeting?  The amazing Gabrielle Zevin!
Monday morning, my husband left early to fly home.  It was time for me to attend ALAN!  I was thankful for Twitter friends who knew the ropes of getting there early, staking out good seats, etc. and who didn't mind me latching on to them for the next 2 days.  (Thanks girls!) 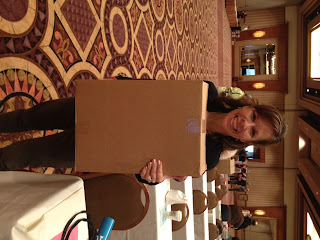 Once into ALAN, we each received a huge box filled with books, both ARCs and already published titles, but all books by authors scheduled to speak over the next two days.  The next 2 days we were privileged to listen to an amazing roster of authors.  After each panel, we could stand in line to have our books signed and meet the authors.  Epic.


So many, many great authors...  I was thrilled to meet graphic novelists Faith Erin Brooks & Raina Telgemeier in person and have my books signed, personalized, and have a bit of custom artwork added to them

The last night consisted of an amazing meal with friends, a great author, as well as a ride on the roller coaster on top of the New York, New York.  Pictures have yet to be located... but suffice it to say we ended our time in Vegas right!

Catching the red-eye flight home?  Not so fun, but the whole trip was completely worth it.