ETK Voice of the Year Competition

I know I **should** blog about ISTE 2014, but
this event...this night...this experience deserves a blog entry all on its own.

It all began when I asked Matthew if he wanted to enter the ETK contest by recording a video...together  The answer was a resounding "no".  I understood it wasn't his thing.  (Truth be told, it really wasn't mine either.  Entering the contest was something I would NEVER do alone, but with my GeniusPal Matthew, it sounded...fun.)  A few days later I received an email from Matthew with a sample of a video stitched together side by side in garage band with the message "maybe something like this?"  He was warming up to the idea and even had a few suggestions of songs we could sing.  After several rapid fire emails, we decided to go for it and create a duet video of us singing Mario Kart Love song.

Our video entry to the ETK Voice of the Year contest:


We had fun sharing the video with friends and family on Facebook and Twitter.  Imagine our surprise when we actually made the cut for the competition!  The 20 eligible contestants would be performing live on stage with a band during ISTE 2014 at the Tabernacle.

We were sent 8 pages of songs that we could choose our top 3 choices to sing for the competition.  While disappointed we wouldn't be able to sing our amazing rendition of Mario Kart Love, we quickly warmed up to the idea of singing another song.  Many, many emails and texts were sent as we tried to agree on the perfect song choices.  We sent in these top 3 choices:

Again, we were surprised when our third choice was chosen, but we embraced the song and decided it would be tons of fun and would allow for plenty of theatrics!

The line up for the night:
Contestants/Songs 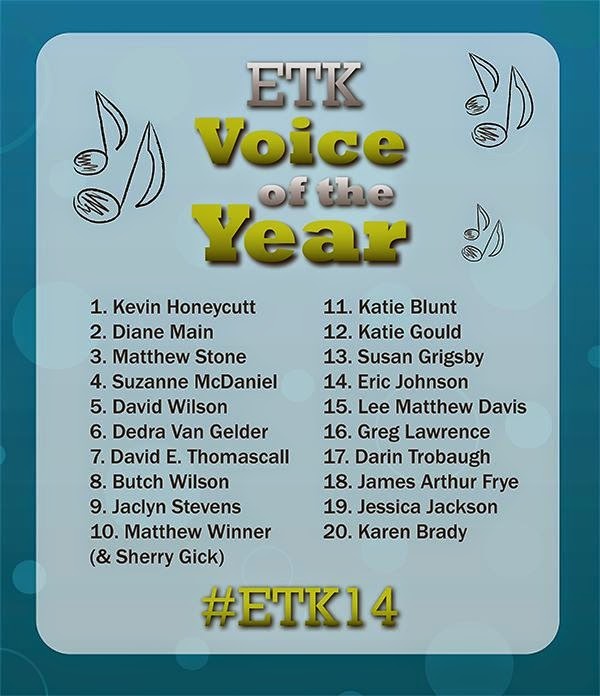 As the tenth act, it seemed like a good place to be.  Not first...not last...just right!
We planned via a google document as to how to split up the lyrics and talked of practicing at ISTE.  Yeah right.  Those of you who have attended ISTE know that there is ALWAYS something going on at ISTE.  The closest we came to rehearsing was the morning of the Librarians Network Digital Playground where we were presenting about GeniusCon.  Matthew turned on the video of the song, pulled up the lyrics, and we sang a bit...but not the whole song. 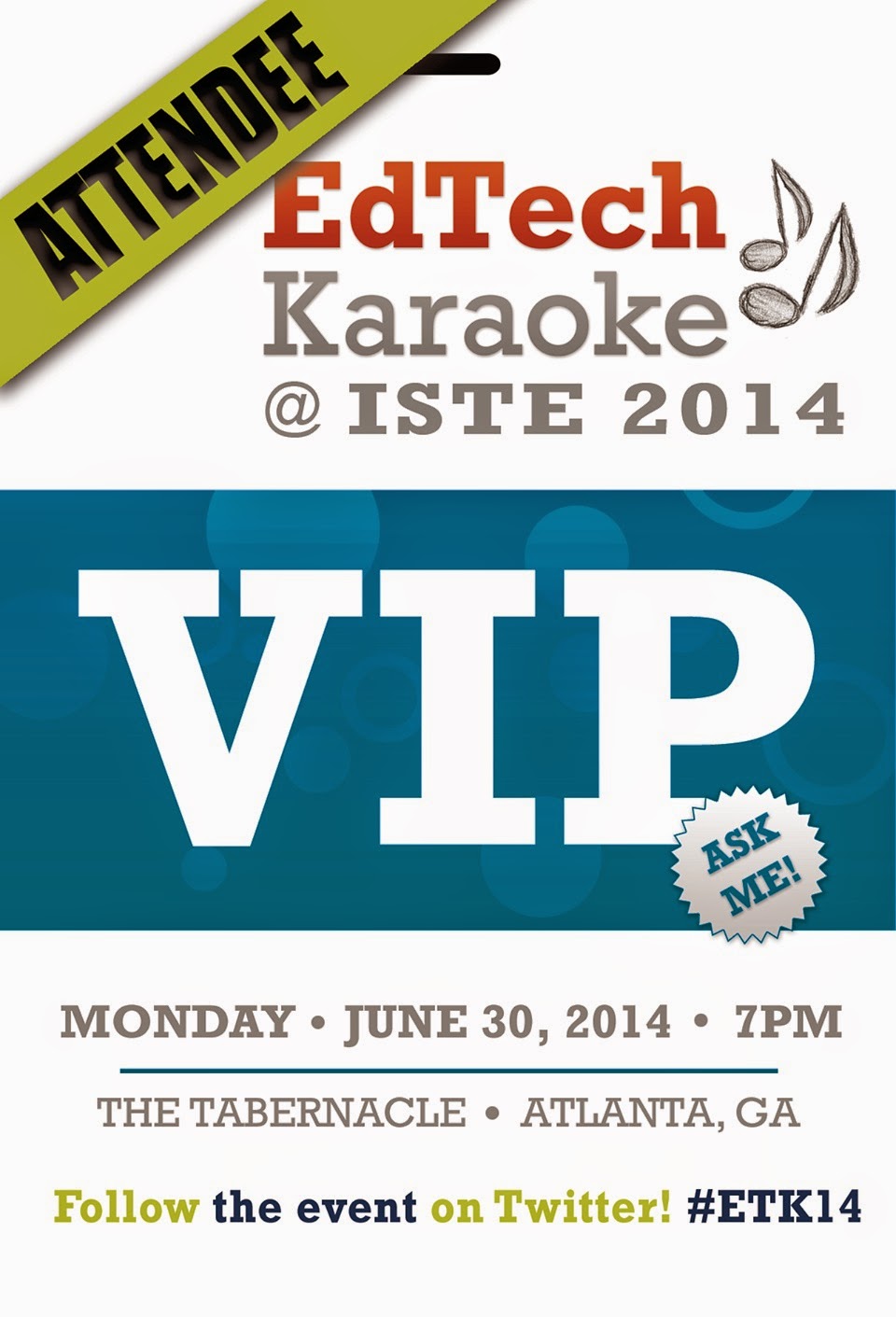 The night of ETKaraoke, we were both pretty nervous! There were even judges on stage! 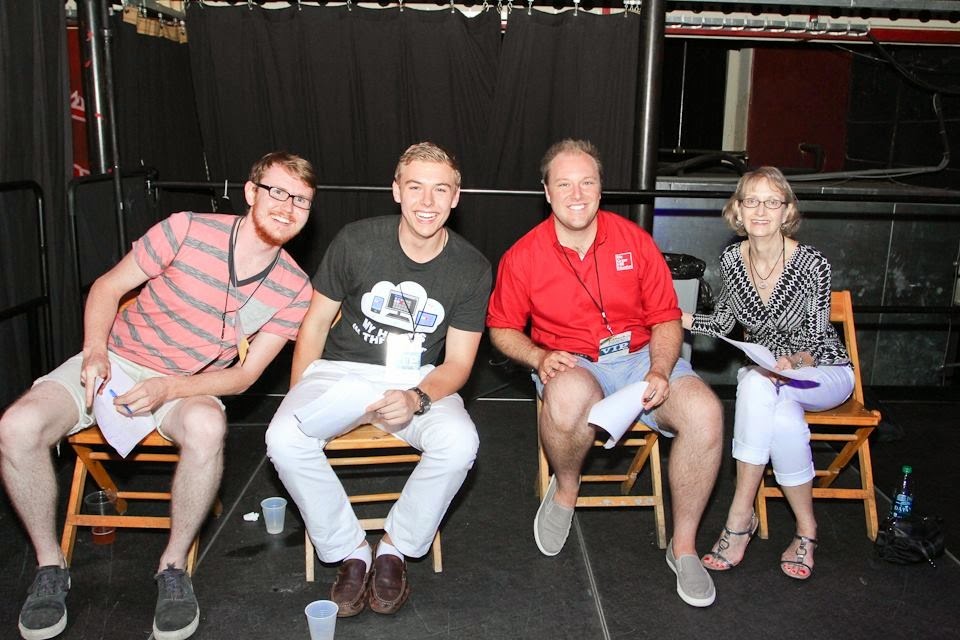 The Tabernacle was an amazing setting/place for the party and competition. 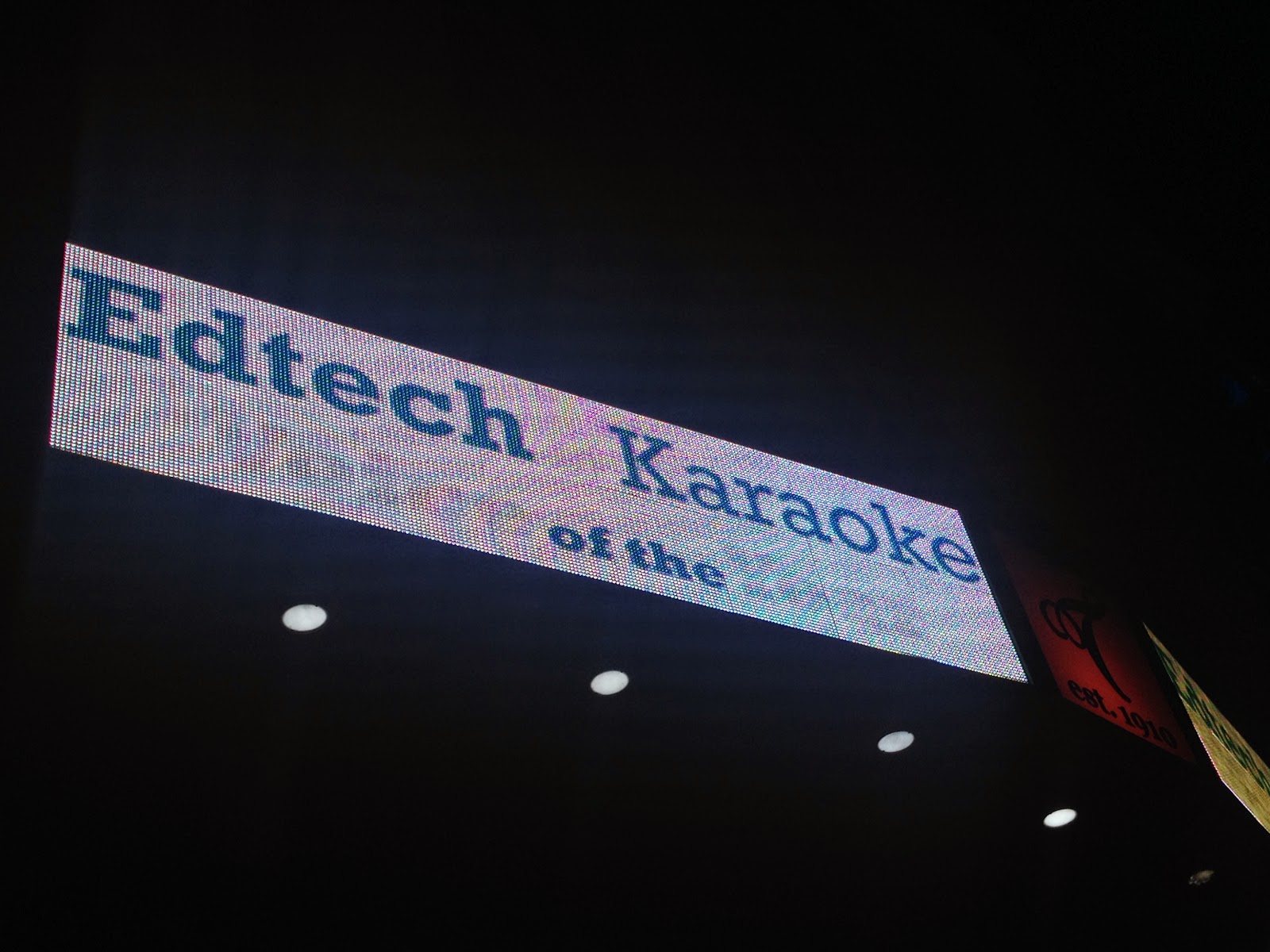 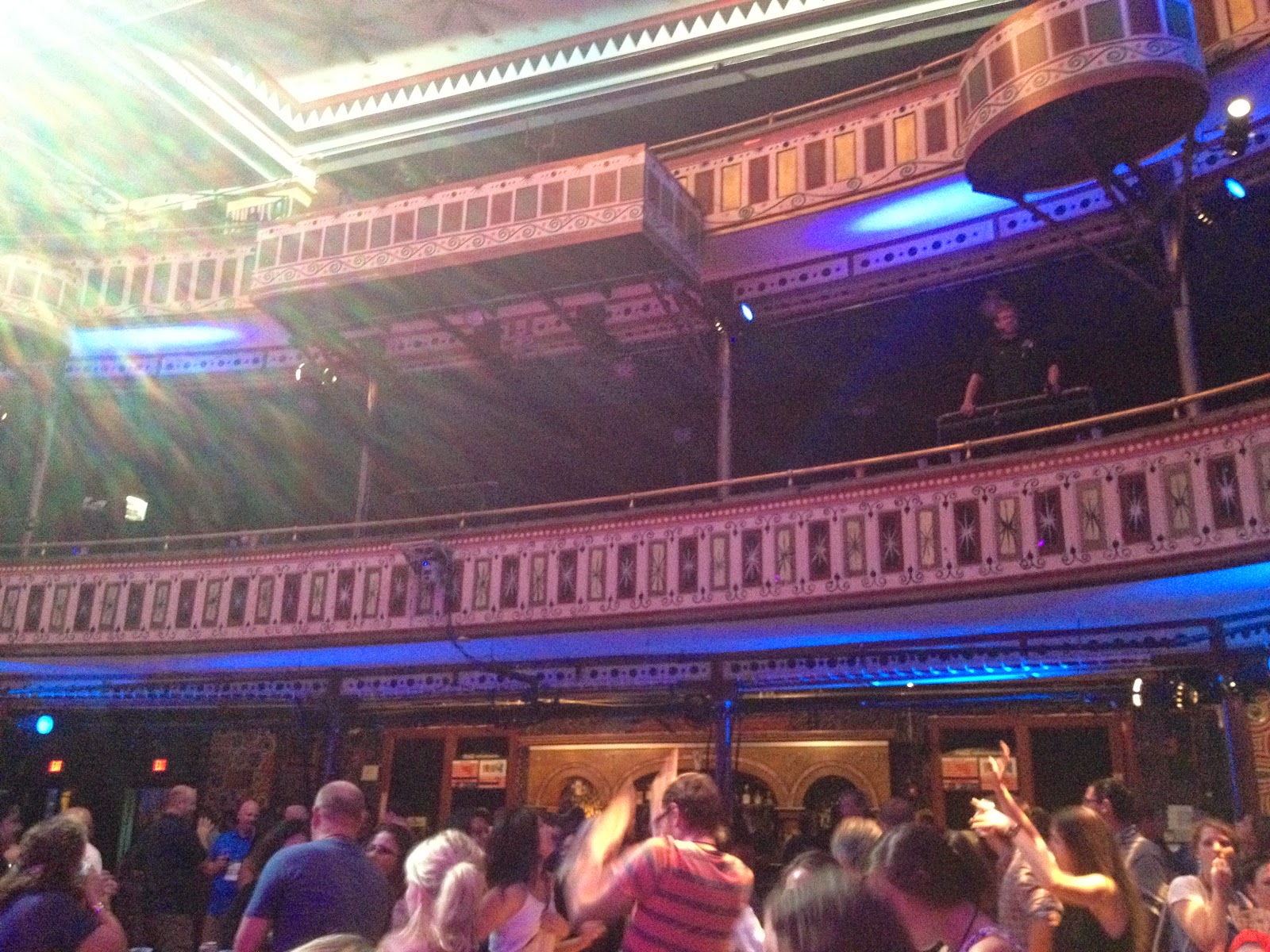 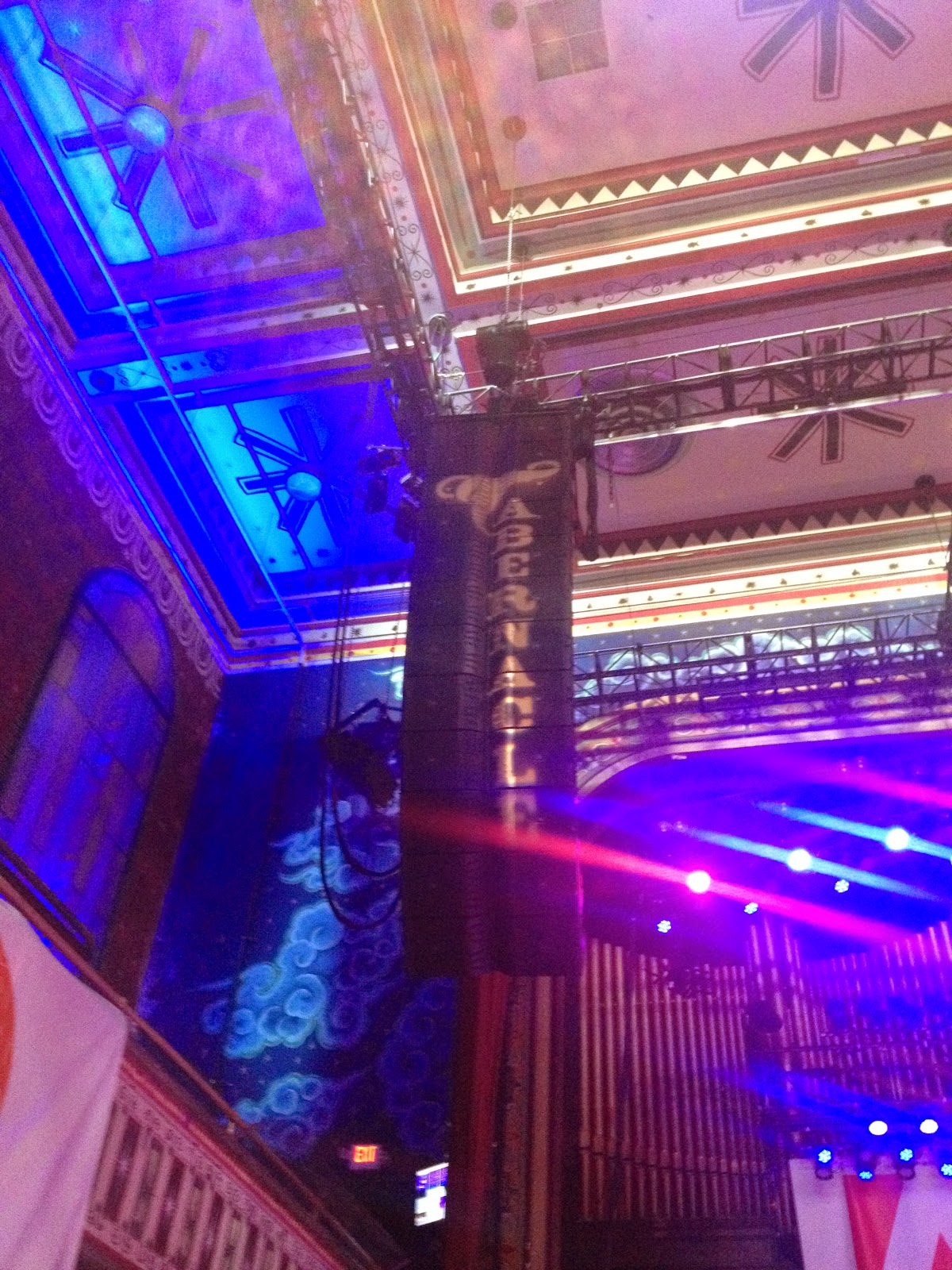 Being surrounded by many, many friends made us both feel better
as well as being in it together!

We danced and sang along to the first 9 acts and then it was our turn to take the stage...

I love this awesome .gif created from pictures taken by our friend Elissa Malespina.

And if you didn't notice from the pictures above that Matthew and I both pointed and jumped around quite a bit, several of our friends captured videos of our performance.  Each shows a different angle/perspective.


Okle Miller and Lindsey Hill also both filmed our performance, but I'll save y'all from all 4 angles...LMK if you MUST see the other 2! ;)

(A very special thank you to our super friend Lindsey Hill for watching out for both of us the night of the competition and doing her best to ease our nerves!  You're Wandoorific!) 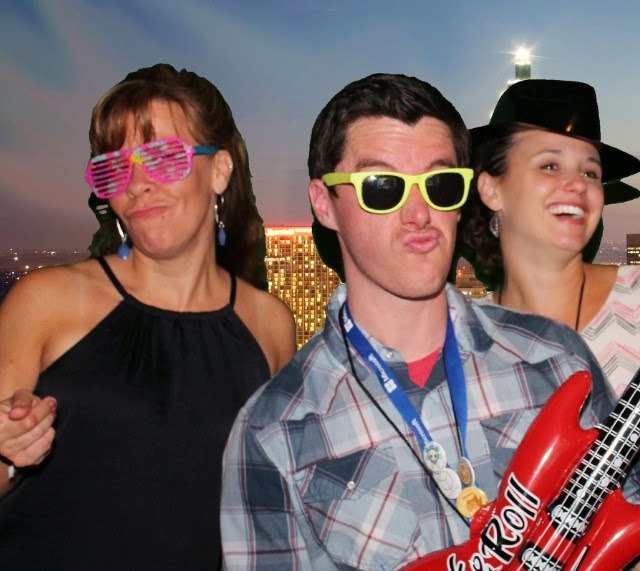 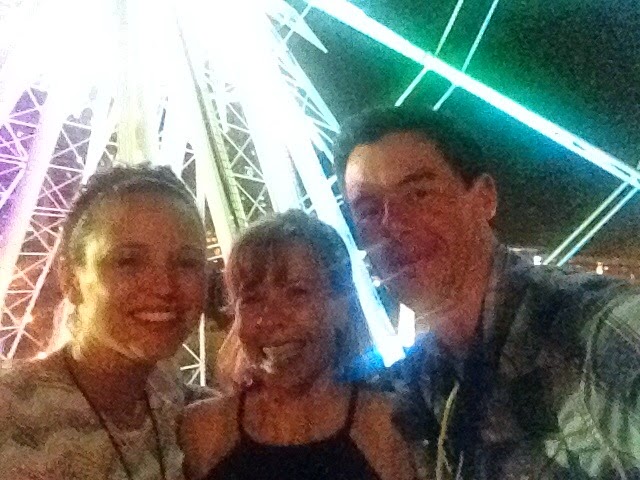 If you can't tell, we had an absolute BLAST singing together and left our nerves behind as soon as we hit the stage.

We didn't win the competition (even though we received all 10s from the judges...just sayin'), but that really wasn't what it was all about.  In the end, I'm proud (as usual) of our collaboration.  I'm also proud that we stepped a bit outside of our comfort zone.

Matthew and I now know, for sure, that the power of #GeniusPals is indeed EPIC -- even when singing karaoke!  I loved the experience of singing on stage together and love that we now have the videos to share with everyone.  Our silliness and friendship shine through and make me smile.

Life is definitely better with a Genius Pal like Matthew Winner!