I know, I know... the blog is named The Library Fanatic...

but if you know me, you know I'm fanatical about many things including running.  #RUNTEACHERRUN

So if you're a runner too, this one's for you!

If you're not, I'll bet you know a runner (there's a lot of us out there).  Feel free to share this post with them.  (Thanks!)

And now, on to a shameless promo for a new running product

I want to tell you about a new running belt I tried recently.

Enter the running belt.  With a good running belt, I can still carry my "essentials" (yes I realize MY list of essentials may be different than yours.  To each his/her own!) and still be comfortable.  There's nothing worse than feeling hindered or uncomfortable while running.  This belt did NOT make me feel that way.

So what belt is it?  I had the opportunity to try the SLS3 running belt.  Yes, I tried it while running on my treadmill. (What?  I need stuff while running inside too!  Plus, it's been really cold up here!  My southern blood does not enjoy winter temperatures in the midwest.)  SLS3 has several types of running belts, but I tried the Dual Pocket Water Resistant one (in black!). 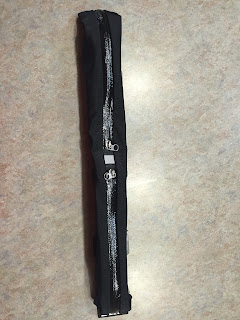 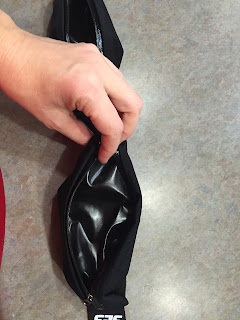 I was a little doubtful that my phone would fit.  The usual problem for me with running belts is that my phone only fits without the case.  News flash:  I don't ever want to run without my phone in its case.  I've been known to drop my phone a time or two (okay, WAY more than a time or two...).  I've even been known to drop my phone while running.  Thanks to Otterbox it doesn't matter because it's protected.  So in THIS belt, my phone fit.  My iPhone 6 in its Otterbox Defender case fit!  And I could still zip the belt!  I could also UNZIP it to take out my phone.  Perfect!  The other pocket I devoted to my running snacks (fruit snacks -- yum!).

During my 6 mile run, the belt stayed put with very little movement.  It also didn't rub or bother me.  Hooray for comfort AND functionality!

Even better, want to enter to win one for free?  Here's your chance!

Don't forget to follow SLS3 on all of their social media pages because they have WAY more than just belts!

Follow & join the conversation with these hashtags:  #RunningBelt #SLS3 #SLS3RunningBelt

**SLS3 sent me the belt to rate and review, but that doesn't mean it's not an amazing belt!**

Thanks for reading & happy running! 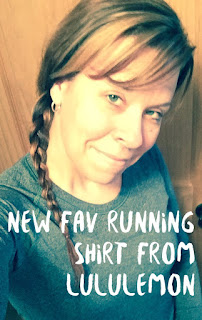