I have been waiting to read SUNRISE for what seems like forever!  As a huge fan of Mike Mullin and his Ashfall series, I've been anxious to read the conclusion to this series with my favorite characters, Alex and Darla and to share it with my students who are all huge fans as well.

The book definitely didn't disappoint...and started off with a bang, as Mike is known to start all of his books!
Early on while reading I tweeted:

After that, I could barely put it down.  I wanted to just sit, uninterrupted, and read SUNRISE until the end.

No spoilers here, but suffice it to say that SUNRISE is the very best of all three books (and that is saying a lot...because I LOVE this series!)  My ARC copy is being passed from student to student (yes, we have an ARC waiting list) and the official book already has a hold list for multiple copies.

Yeah, it's THAT GOOD!

It's available right now at Kids Ink Children's Bookstore in Indianapolis and coming soon to other book stores on March 17.

Trust me.  You're going to need your own copy to read and share.

Buy your own copy of Sunrise:

The Yellowstone supervolcano nearly wiped out the human race. Now, almost a year after the eruption, the survivors seem determined to finish the job. Communities wage war on each other, gangs of cannibals roam the countryside, and what little government survived the eruption has collapsed completely. The ham radio has gone silent. Sickness, cold, and starvation are the survivors’ constant companions.
When it becomes apparent that their home is no longer safe and adults are not facing the stark realities, Alex and Darla must create a community that can survive the ongoing disaster, an almost impossible task requiring even more guts and more smarts than ever—and unthinkable sacrifice. If they fail . . . they, their loved ones, and the few remaining survivors will perish.

This epic finale has the heart of Ashfall, the action of Ashen Winter, and a depth all its own, examining questions of responsibility and bravery, civilization and society, illuminated by the story of an unshakable love that transcends a post-apocalyptic world and even life itself. 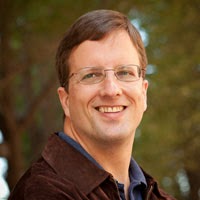 Mike Mullin’s first job was scraping the gum off the undersides of desks at his high school. From there, things went steadily downhill. He almost got fired by the owner of a bookstore due to his poor taste in earrings. He worked at a place that showed slides of poopy diapers during lunch (it did cut down on the cafeteria budget). The hazing process at the next company included eating live termites raised by the resident entomologist, so that didn’t last long either. For a while Mike juggled bottles at a wine shop, sometimes to disastrous effect. Oh, and then there was the job where swarms of wasps occasionally tried to chase him off ladders. So he’s really glad this writing thing seems to be working out.Mike holds a black belt in Songahm Taekwondo. He lives in Indianapolis with his wife and her three cats. Ashen Winter is his second novel. His debut, Ashfall, was named one of the top five young adult novels of 2011 by National Public Radio, a Best Teen Book of 2011 by Kirkus Reviews, and a New Voices selection by the American Booksellers Association.

This giveaway is sponsored by Books With Bite. It is one complete set of The Ashfall Series:  Ashfall, Ashen Winter & Sunrise from The Book Depository. (Please make sure they ship to your country.) Open to everyone! It also includes a second prize of Sunrise Pendants. This is also open International.