When we began talking about what we wanted to put up on our library windows, we decided Flappy Bird would be a great video game to feature.  Several of my library TAs had mentioned being "addicted" to the game.  We also thought it would be easy and quick.  One of my TAs quickly put up the green tunnels.  Another set of TAs pulled up a picture of flappy bird on the computer and began figuring out the size.  They quickly realized that even with small post-it notes, the bird would be WAY too large.  To keep the bird dimensional and fitting with the already created tunnels, we decided the small post-its needed to be cut into fourths.  And that's where it began to get a bit difficult... boy were those pieces TINY!  Oh, and rubber cement was required for the 2 parts of the post-it that no longer had stickiness.  The bird took much longer to create because of the tediousness, but I can't believe how great it looks in photographs! 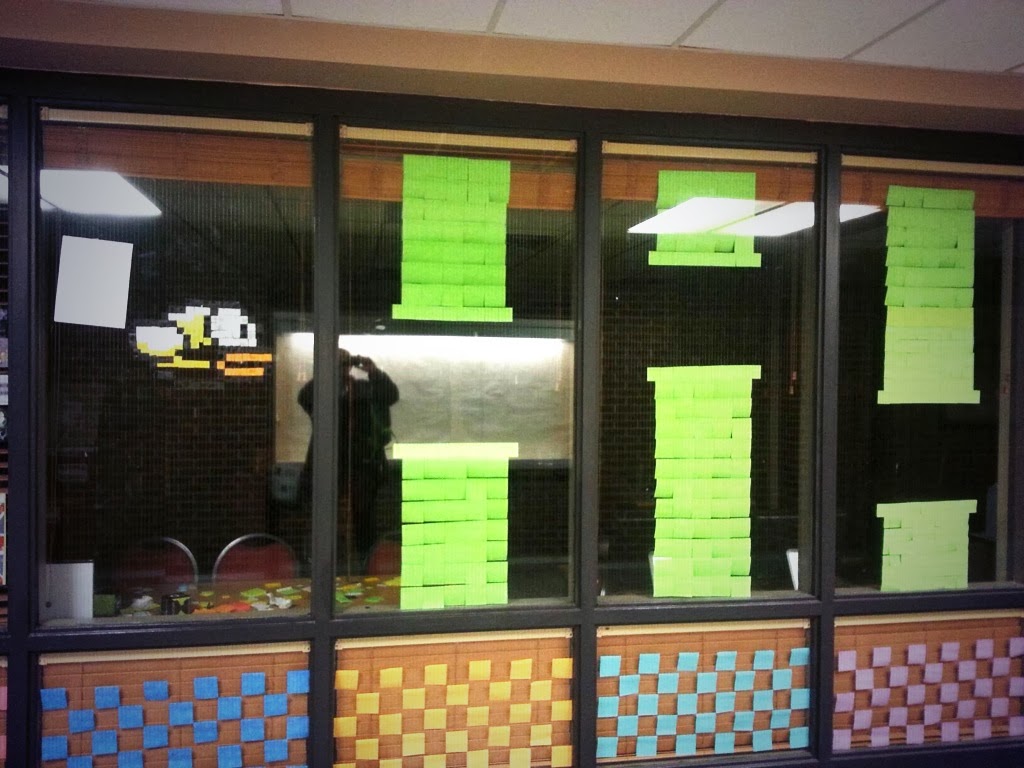 After the bird was finished, I wondered about creating the background.  We added clouds and foliage with white and green post-it notes, then my super TA artist quickly drew the buildings in blue dry erase marker. 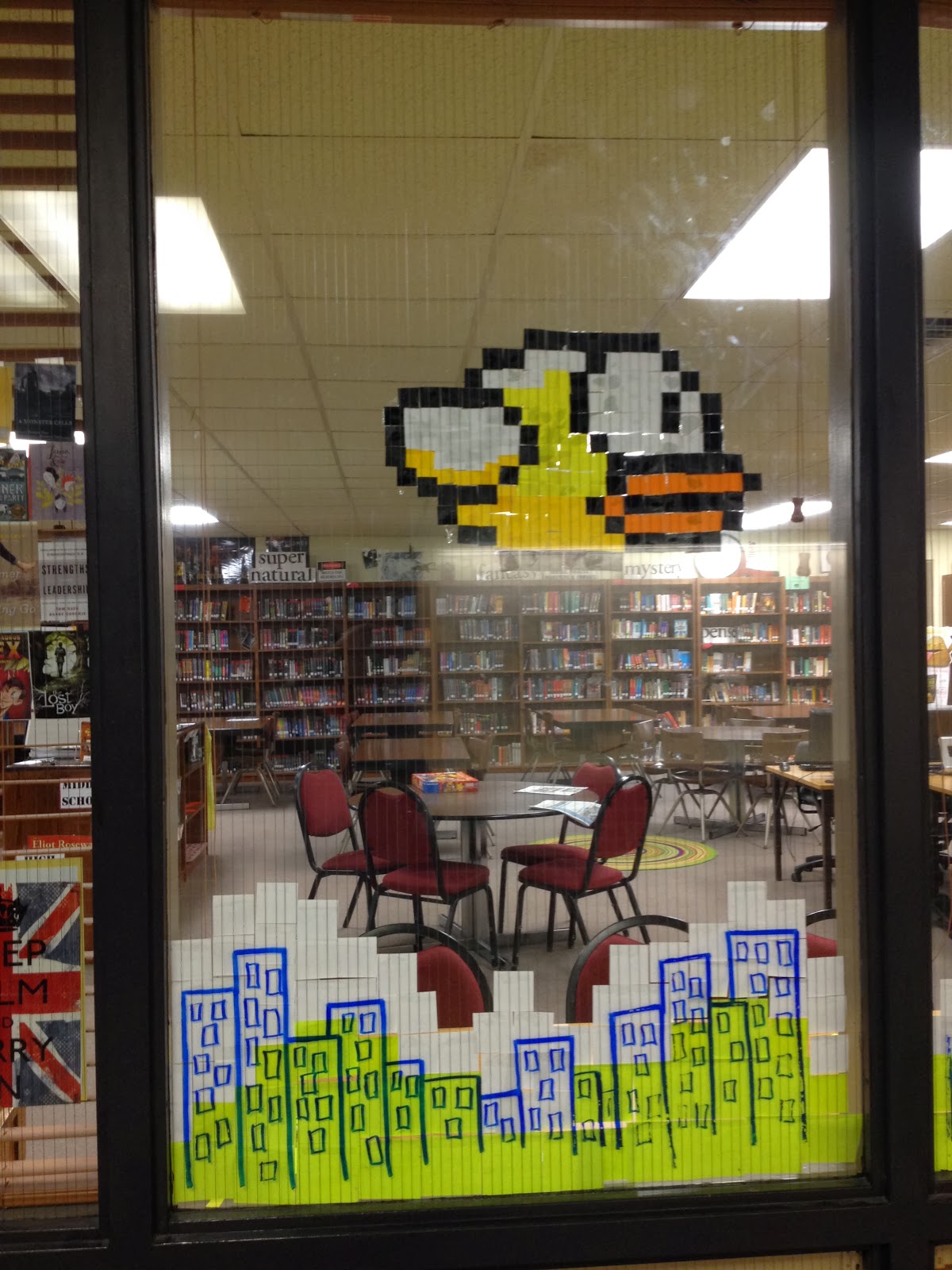 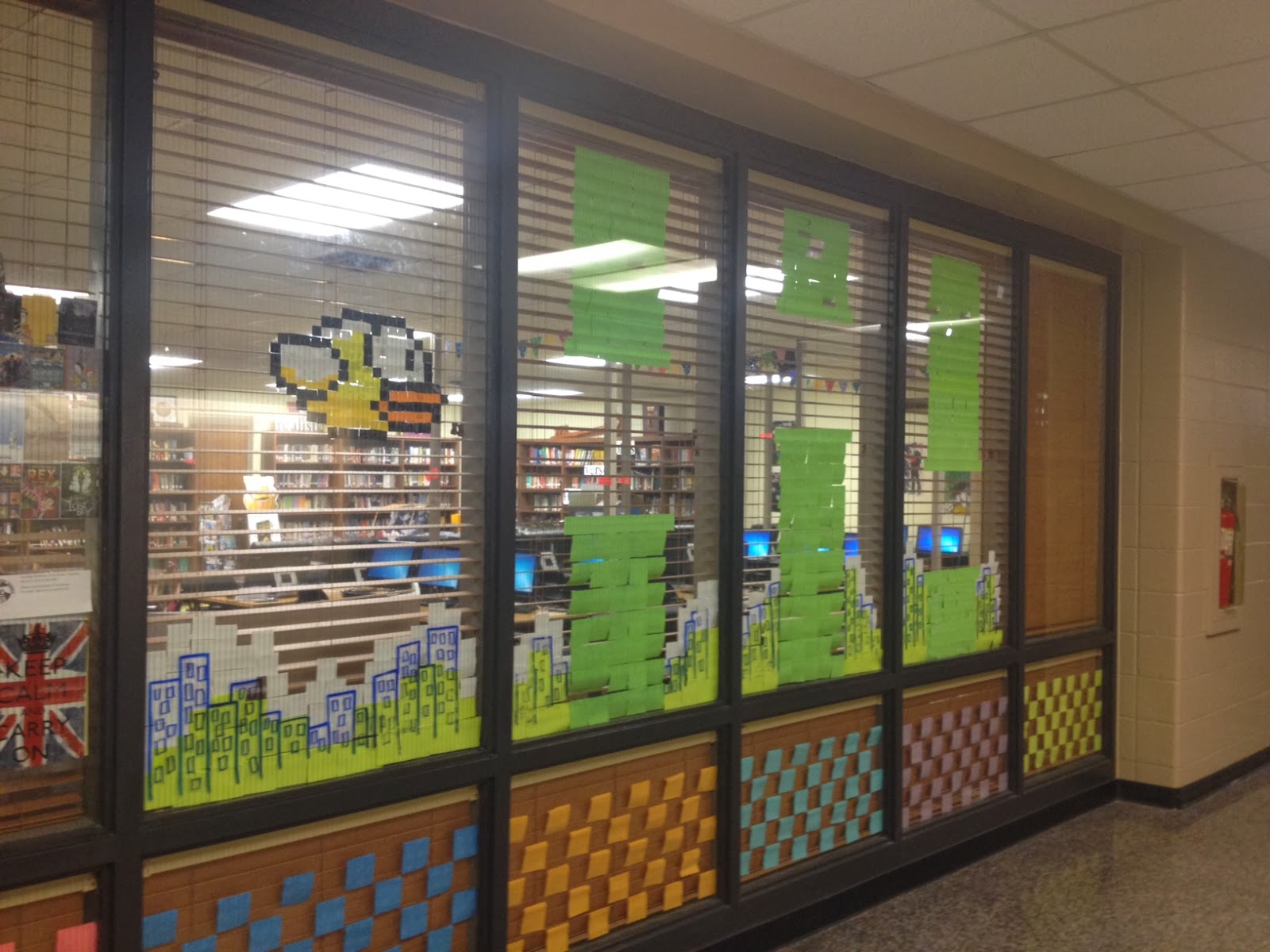 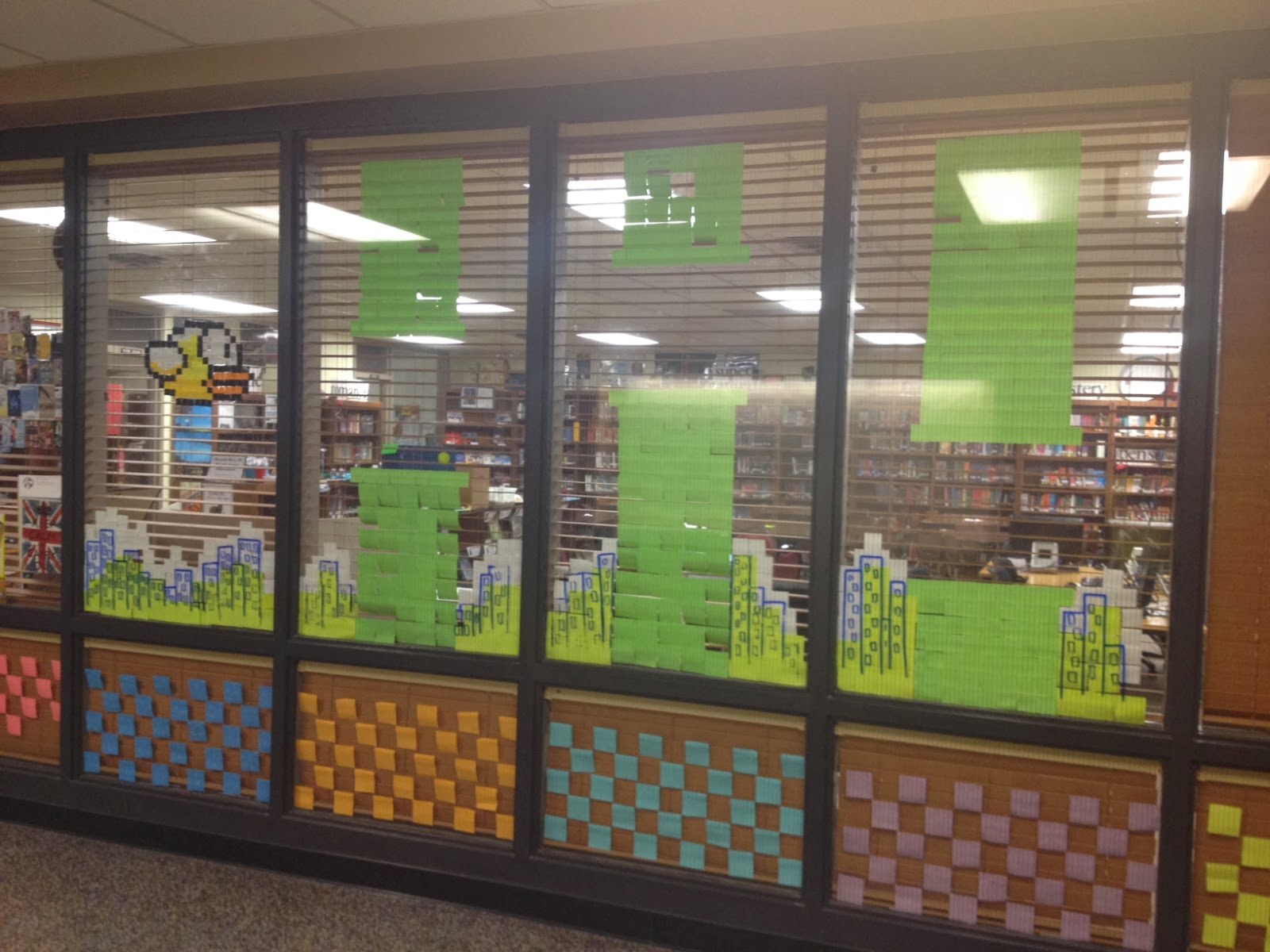 My students and I have discovered if you're involved in the creating of post-it note art windows in the library, you tend to be super critical of the creation.  The students who visit the library and pass by, however, are not critical at all!  They love seeing the creations come together and are always complimentary about the final product.  All in all...it's a good thing.